← more from
Azure Vista Records
Get fresh music recommendations delivered to your inbox every Friday.
We've updated our Terms of Use. You can review the changes here.

Living In The Distant Present (2018 reissue) 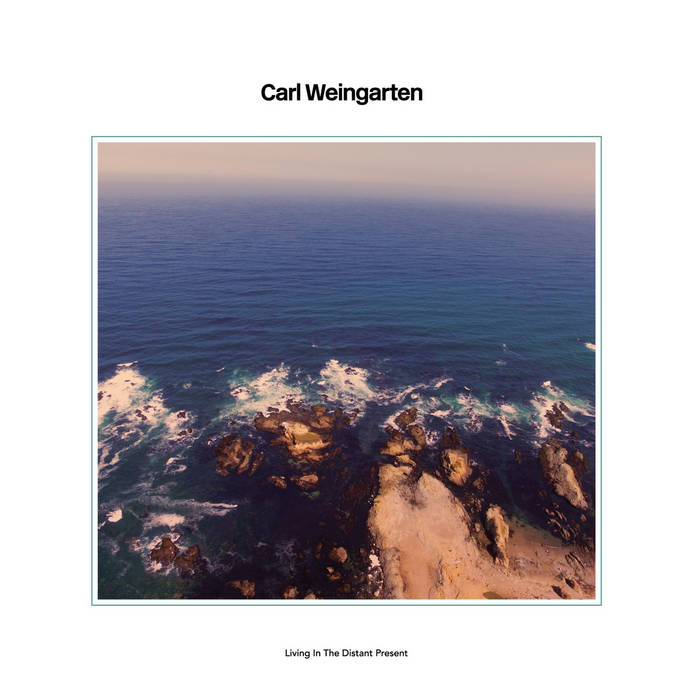 Past Inside the Present

Previously only released on cassette in 1985 on Carl Weingarten's own Multiphase Records, ”Living In The Distant Present” is now available on Vinyl, CD and digital for the first time on Azure Vista Records. The album is a rare treat for fans of guitar ambient, tape loops and experimental new age music. When listening to this album one can't help but wonder that had it initially received a wider distribution it surely would have been considered an ambient classic of sorts.

Carl Weingarten is one of the unsung heroes of American minimalism. Even though he's been active for close to four decades, his work is just now starting to receive the praise it deserves. On ”Living Ín The Distant Present” showly shifting synth patterns is joined with his signature guitar playing – a tranquil, stretched out sound that blur the lines between played and processed, occasionally sonically closer to violins or flutes than guitars. Incredibly sparse and evocative, there's a tasteful zen-quality to these 12 tracks. Weingarten's compositions appear both timeless and tranquil.

”Living In The Distant Present” bridges the gap between the most cosmic krautrock of the 1970s, the experimental American new age music from the 1980s and modern day minimalism such as Windy & Carl and Christopher Willits. In his concern for sonic texture Weingarten's music resembles Brian Eno's ambient records, especially his collaborative efforts with Robert Fripp, where guitars are gradually looped and processed into shimmering clouds of sound. Azure Vista Records is proud to bring this lost classic back in print and introduce it to a new generation of experimental music listeners!

"Carl Weingarten is an American guitarist, photographer, and founder of the independent music label Multiphase Records. Regarded as "one of the best indie musicians working today" by the San Francisco Chronicle, he is best known for his atmospheric sound and use of the slide guitar and Dobro. Weingarten has played a significant role in progressive underground music for nearly 40 years" ... more